In order to support the rapid release schedules in Continuous Delivery/DevOps development method, Automated Testing must shift from a GUI extensive approach to a UI and API approach.

Get Your Proof of Concept

Unlike GUI testing or UI testing, API testing can be started much earlier in the development process. API tests run much faster and are more stable than GUI tests. Executing API tests early in the software development life cycle can provide quick feedback on application quality.

To reap the full benefits of API testing, testers need to go beyond typical record-and-playback testing and leverage more advanced practices, such as:

Authentication in API testing is usually a complicated subject for both developers and testers since it requires extensive knowledge of various types of security protocols and encryption algorithms.

Check out the Magazines

API functional testing, data testing interoperability testing and load testing have deployment into API Testing. This can be done in a CI/CD environment and cloud environments as well as Public API Testing.

Learn how LogiGear helps you flex your Continuous Testing muscle

Trusted by the Best 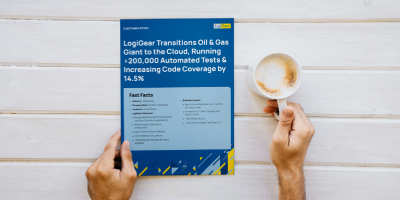 In order to stay at the forefront of innovation in their industry, our client sought to transition their suite of E&P applications to the cloud––making them the first of their competitors to do so. In order to ensure they were the first, they needed an accelerated transition, as well as assistance refactoring and further developing their applications to be cloud-native. To support their new cloud platform, they would also need to revamp their testing, and sought to shift-left their testing with an Agile Transformation. 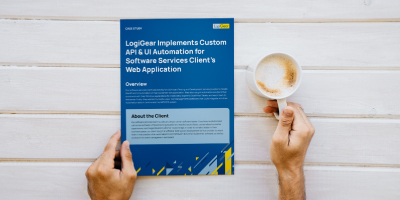 Our software services client was looking for a Software Testing and Development service provider to handle the API and UI Automation of their call center web application. They also sought Automation solutions that could work with their Windows applications to create data, export to Excel Pivot Tables, and report back to the server. Finally, they wanted to create a new Test Management Dashboard that could integrate with their Automation tests in Jenkins and the AWS EC2 system. 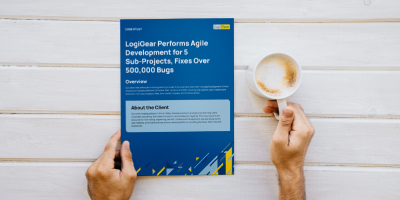 Our client was looking for a testing service provider that could help them with the Agile Development of their product on multiple platforms (Windows, Mac, Android, and iOS), including manual test case creation and execution, for 5 sub-projects: Web, Win, Mobile, Clippers, and Common Editor.

Hit your deadline without missing your budget. Ready to leap forward in your Digital Transformation journey