Our client is a Japanese company that specializes in video game development. In 2019, the client released their critically-acclaimed and genre-defying action game. Prior to engaging with LogiGear, the client wanted to build a successful Automation suite to support testing for their 3D game, but lacked the in-house expertise to do so. 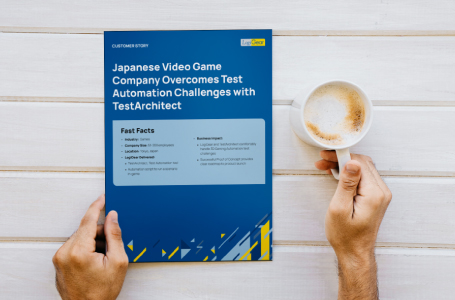 Learn how you can leverage LogiGear’s Games Testing expertise

LogiGear has helped countless businesses for more than 27 years optimize their testing. Get in contact with our team of experts and see how LogiGear can help you achieve success in your testing.